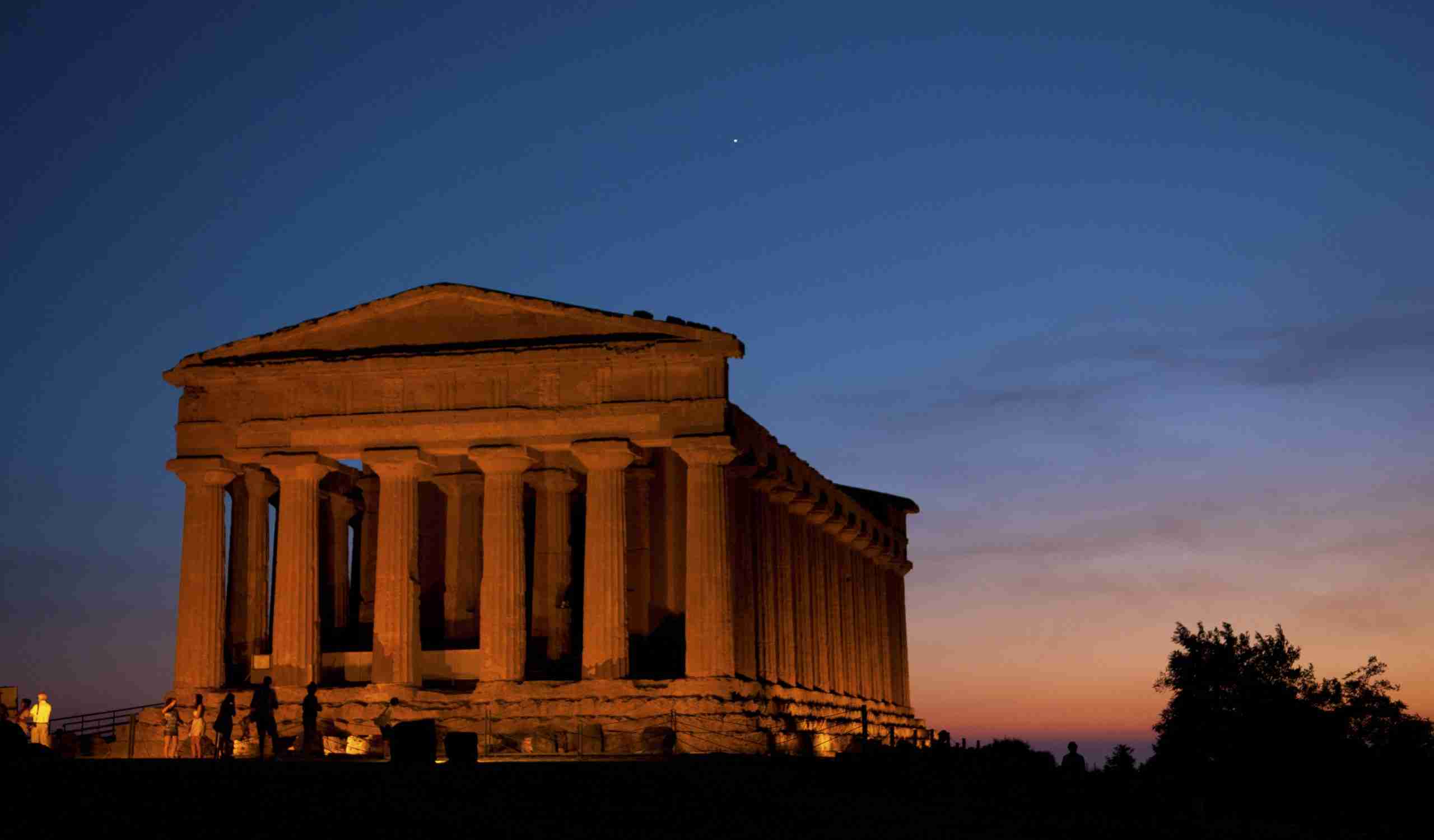 Beyond heavenly beaches that have always made it one of the most popular destinations for summer holidays, Sicily also proudly hosts many places rich in culture and history that are absolutely worth visiting, lively cities, small colourful towns and points of interest for every taste, to visit at any time of the year.

Restricting the list of cities to visit can be challenging, but here are the reasons why the following places are truly unmissable.

The Arab-Norman city, capital of the region, with its heavy contrasts, could not be missing. Its charm comes from the mix of cultures come by, leaving their legacy in numerous representative monuments. Some examples are the Normans’ Castle with its Palatine Chapel, the Capuchin Catacombs or the Martorana Church, considered as one of the most charming Byzantine churches in Italy. In 2015 the historic centre of Palermo was acknowledged as UNESCO Heritage, as well as neighbouring areas and their monuments, such as the Cathedral of Monreale , but the beauty of Palermo is also found in popular aspects and habits of the city. It is worth taking a look at the larger markets of the city: Vucciria , Ballarò and Capo .

To relax during the summer, there are the nearby and famous seaside resorts of Cefalù , Bagheria , Isola delle Femmine and Mondello , the latter being particularly renowned not only for its clear and blue sea but for the copious recreational activities and water sports as well.After a day of relaxation at the beach, there is nothing better than a taste of Palermo’s famous typical food: some of the most popular Sicilian street food originated here, such as crocché (potato fritters), arancina (fried rice balls, with the noun strictly in its feminine declension, don’t call it arancino in Palermo!) and panelle (chickpea flour fritters), but also local specialties like sfincione (focaccia topped with tomato sauce, onion, anchovies and caciocavallo cheese), spleen sandwich and stigghiole (roasted goat or sheep intestines) to try once at least.

Catania and the Etna Park

Catania is a dynamic and lively city, just like the volcano that dominates it. The presence of mountainEtna has always played an influential role on aesthetic aspects and morphology of the city, thanks to the igneous rocks on the coastline we can enjoy views like those of Acitrezza and Aci Castello, much praised by writer Giovanni Verga in “I Malavoglia” .A visit to these centres is a must once in Catania district. We cannot miss a walk in the city’s Piazza del Duomo, with its beautiful Cathedral of Sant’Agata in full Baroque style and the Elephant’s Fountain, symbol of the city. Via Etnea starts from Piazza del Duomo and stretches for 3 kilometres, being the most famous shopping street, rich in baroque buildings and churches, up to Piazza Università.This whole area is the centre of the Catania’s nightlife .

An unusual and unexpected face of Catania is the underground city : hundreds of meters of tunnels that in the past were refuges during the Second World War.

For hiking lovers, Catania is the ideal starting point to visit the Etna Park, with plenty of trails and routes for all levels. It is also possible to take a scenic ride on the Circumetnea Railway for a train tour on the lower side of the volcano.

Taormina, pearl of the Mediterranean Sea

Perched on the Ionian coast, Taormina combines sea and mountain, offering visitors breathtaking views, it was not by chance that in 1787 Goethe defined it as a corner of paradise on earth. Just think about the Greek Theatre , Taormina’s most famous monument, with a view of Mount Etna and the coastline behind it, or the enchanting beaches of Isola Bella .A town to discover slowly, walking along the picturesque alleys of the centre, on Corso Umberto I with its countless shops and boutiques of all kinds, up to Piazza IX Aprile , the terrace overlooking the sea and centre of nightlife, or in the Villa Comunale with its beautiful public gardens. From Taormina you can also easily reach other extremely interesting sites, such as Castelmola, renowned for its medieval ruins and the production of typical almond wine, Giardini Naxos for both archaeology lovers and party animals, and the Alcantara Gorge and River Park, for those who want to go rafting or river trekking.

Syracuse, the sophisticated one

The beautiful baroque buildings built in Syracuse after the earthquake of 1693 give it this aristocratic and romantic charm that makes you fall in love with it at first sight. At the same time, the various influences suffered during history are still visible, so it is imperative to visit the Roman Amphitheatre , the Greek Theatre in the Archaeological Park of Neapolis and the underlying Ear of Dionysius , the Fonte Aretusa and of course the islet of Ortygia , the city’s historic centre, connected to the mainland by two bridges. In the alleys of Ortygia, the atmosphere is really special and one can admire the Duomo, the most beautiful church in the city and part of UNESCO Heritage.

The Valley of the Temples in Agrigento

Here is the greatest legacy left by the ancient Greeks in Sicily: an archaeological site of well-known relevance all over the world which also became part of the UNESCO Heritage, counting 8temples dated between 510 and 430 B.C., which makes Agrigento the most important city of Magna Graecia. A complete walking tour of the archaeological site takes about two and a half hours, the best would be to visit it just before sunset so that you can enjoy the spectacular play of light. Other important records of the ancient era can be found in the Archaeological Museum of Agrigento, while you will certainly appreciate a walk in the narrow streets of the historic centre, a visit to the Holy Spirit Monastery and the Cathedral of San Gerlando.

From Agrigento, those who want to take the chance for a dip in one of the most unique seaside resorts in Sicily can reach the famous Scala dei Turchi beach, with its tall white cliffs, or visit the pretty town of Sciacca and its thermal baths.

Ragusa and the Noto Valley, jewels of Sicilian Baroque

The Noto Valley is an area including the towns of Caltagirone, Militello Val di Catania, Catania, Modica, Noto, Palazzolo, Ragusa and Scicli, which were all almost entirely rebuilt after the earthquake of 1693. At that time, Baroque was at its apex both in arts and architecture, so all the towns were rebuilt precisely according to this artistic movement, a characteristic that earned them recognition as a UNESCO World Heritage Site in 2002.The common features of these towns are abundant steps and staircases , eighteenth-century taste buildings and narrow streets , frequent distinction between upper town and lower town with the nature of Hyblaean Mountains as a frame.
Particularly noteworthy are Noto and Ragusa due to their architecture’s strong baroque taste, and Ragusa Ibla, the upper side of the city with its colourful houses, stairways and narrow streets, almost looks like a living Christmas crib, while Caltagirone is renowned for its ceramics .

This area is also appreciated for the Sicilian confectionery tradition and products, like the famous Modica chocolate, cassatelline or almond paste and cookies, making the Noto Valley a perfect destination for foodies and wine lovers.