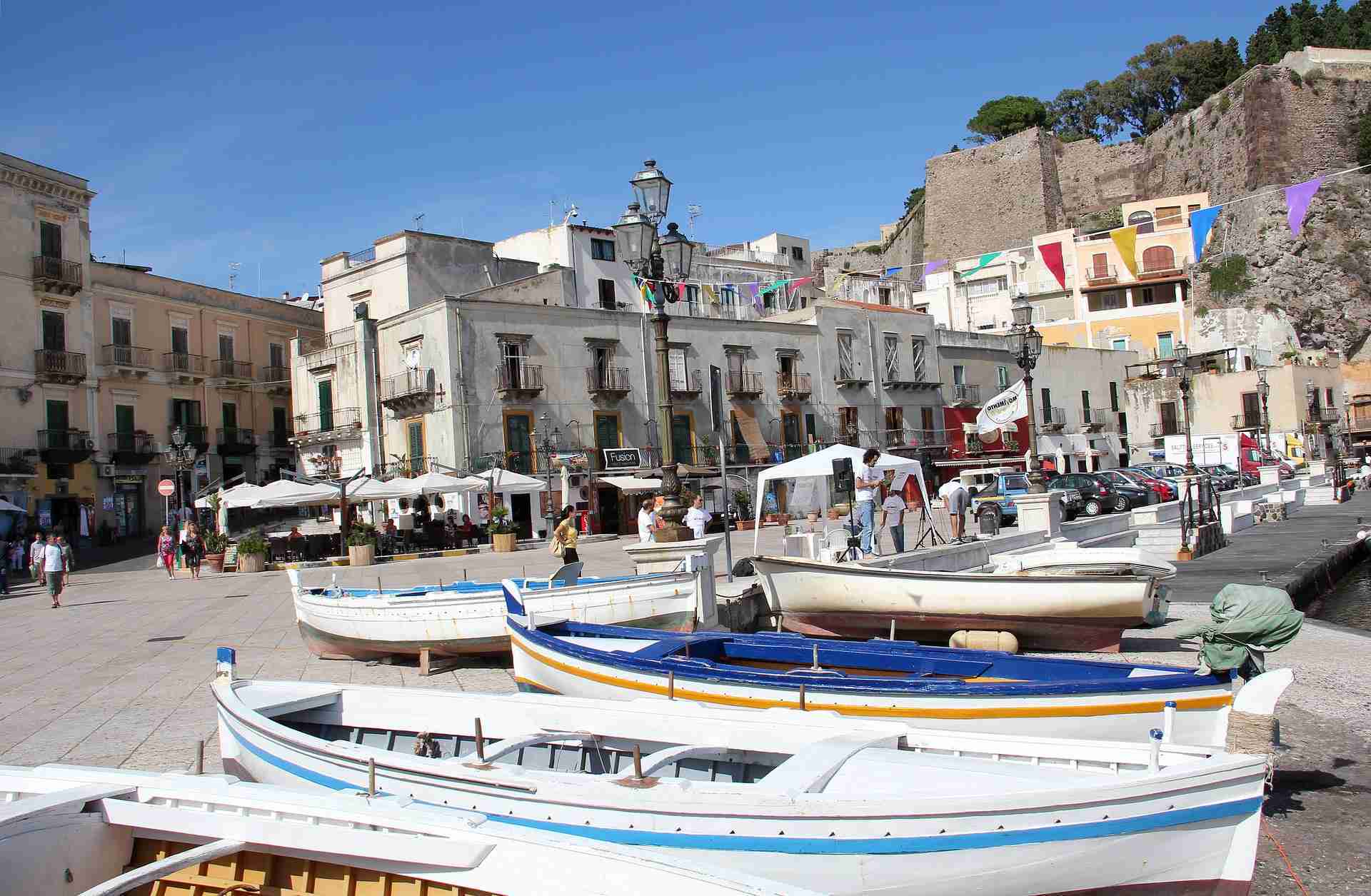 The Aeolian Islands are a popular tourist destination, thanks to their incredible environmental and landscape heritage. They constitute an archipelago located north of the Sicilian coast, in the Tyrrhenian Sea, and whose administration falls under the metropolitan city of Messina.

There are seven main islands, all of volcanic origin.

Stromboli, on the homonymous island, is classified as an active volcano. Furthermore, the archipelago is often the scene of secondary volcanism phenomena.

Along with the main islands, namely Lipari, Salina, Panarea, Alicudi, Filicudi, Stromboli and Vulcano, numerous smaller rocks and islets are also part of the archipelago.

These islands can be defined as a real paradise on earth, the right place for those who love the sea, hiking, snorkelling and virgin nature, along with nightlife and attractions to visit!

Are you curious to find out more about this wonderful archipelago? Here is some useful information if you plan to visit the Aeolian Islands!

Origin of the name

The archipelago owes its name to Aeolus, the Greek god of winds. According to the myth, the Divinity used to live right in Lipari and was able to predict weather conditions by observing the shapes of the clouds puffed by a volcano, most likely Stromboli.

According to Latin author Pliny the Elder’s record, these islands were also known as Hephaestiades, from the Greek language, meaning volcanic, and later renamed Volcaniae by the Romans, in addition to Aeoliae.

The first evidence of human settlements on the archipelago’s islands dates back to the distant Neolithic period: the first villages probably developed thanks to the massive presence of obsidian, a highly sought-after material and object of trade at that time, precisely because it was extremely sharp.

Even in the following historical periods, the archipelago represented an important commercial hub, as well as a point of great strategic and military interest.

Over the centuries, different populations dominated the islands: from the Greeks to the Romans, from the Arabs to the Normans, up to the modern age.

The islands have also been the backdrop for many myths and legends. One of the best known is that of Liparo, son of King Ausone and grandson of the Homeric hero Ulysses. Forced by his brothers to leave his father’s kingdom, Liparo reached the islands together with a group of faithful companions. The myth says that the hero settled on the island of Lipari, which owes him its name, where one day Aeolus arrived: thanks to a pact, Liparo gave the island to the god, who in exchange allowed him to rule a kingdom on the continent.

After this very brief historical summary of the archipelago, here is more information about the islands!

It is the largest of the archipelago and part of the municipality of Lipari, together with the other islands, with the exception of Salina. Like its “sisters”, Lipari also has volcanic origin.

The island represents the perfect combination of natural beauty and attractions to see: an authentic earthly paradise where to relax with your family, have fun with friends, and why not? Even get lost in a solitary journey. There are countless glimpses and breath-taking views, such as that of Quattrocchi Belvedere, or the spectacular beaches overlooking the crystal-clear sea.

Two fundamental stops are the Castle and the Archaeological Museum, which collects important records of the islands’ history.

A must visit is the Cathedral dedicated to the patron saint, Saint Bartholomew: it is the main place of worship in the Aeolian Islands, so much to earn the nickname “Citatì“, meaning “the city”.

It is the second largest island after Lipari. Like the others, Salina also has volcanic origin and is made up of six extinct volcanoes; volcanic phenomena are in fact very small.

Salina is known for its tranquillity, since it’s lush and green it is perfect for a relaxing family holiday, for example.

Rinella is certainly one of the most famous beaches, the only sandy one and completely black.

The island is also famous for the production of capers, exported all over the world, and Malvasia wine.

It is the smallest of the islands, with an area of ​​only 3.5 square kilometres, under the administration of the municipality of Lipari.

If you love swimming and snorkelling, Panarea is a true Eden with its jagged coasts, its wonderful beaches and clear sea on the southern and eastern side of the island.

The rocks and islets surrounding Panarea are also very charming, such as Basiluzzo, Spinazzola, Dattilo and Lisca Bianca.

It is the northernmost of the islands and its heart is represented by the homonymous volcano, also known as Iddu, “he“.

Stromboli is characterized by steady volcanic activity, known throughout the world as Strombolian activity. Eruptions of this type are characterized by continuous gas releases and frequent explosions ejecting lava bombs and lapilli.

In the north-east, there is the volcanic islet of Strombolicchio; a lighthouse stands out here for its whiteness, completely uninhabited and automated.

Of all the archipelago’s islands, Vulcano is the closest to Sicily.

Also known in ancient times as Hiera (the sacred) or Therasia (hot land), the island owes its name to the volcano that dominates it, quite silent and not completely inactive: volcanic phenomena are indeed present throughout the island.

If you love trekking and hiking, then you can reach the top of the volcano here: a “challenge” that will reward you with a truly breath-taking view, where dark colours perfectly blend with the crystal-clear sea that surrounds the island.

Vulcano attracts many tourists also for its thermal and sulphurous waters. A bath in thermal mud is also highly recommended, a real cure-all.

It is the westernmost island of the archipelago and truly a treasure! Being very small, it can be visited entirely on foot: in fact, its area is only 5 square kilometres, delimited by steep and jagged coasts.

The inhabitants are very few and the real mistress of this island is certainly nature: there are no illuminated or paved roads, only paths to be covered on foot or on donkeys.

It is certainly the ideal destination for those who love to relax in total harmony with nature!

It is the fifth largest island and, after Alicudi, the one facing west the most.

It mainly has paths to be covered on foot or on donkeys.

It is an island where nature reigns supreme, with its scents and colours, and where you can enjoy a holiday dedicated to sports and relaxation!

In short, now all that is left to do is pack your things and get ready to explore this incredible natural heritage!