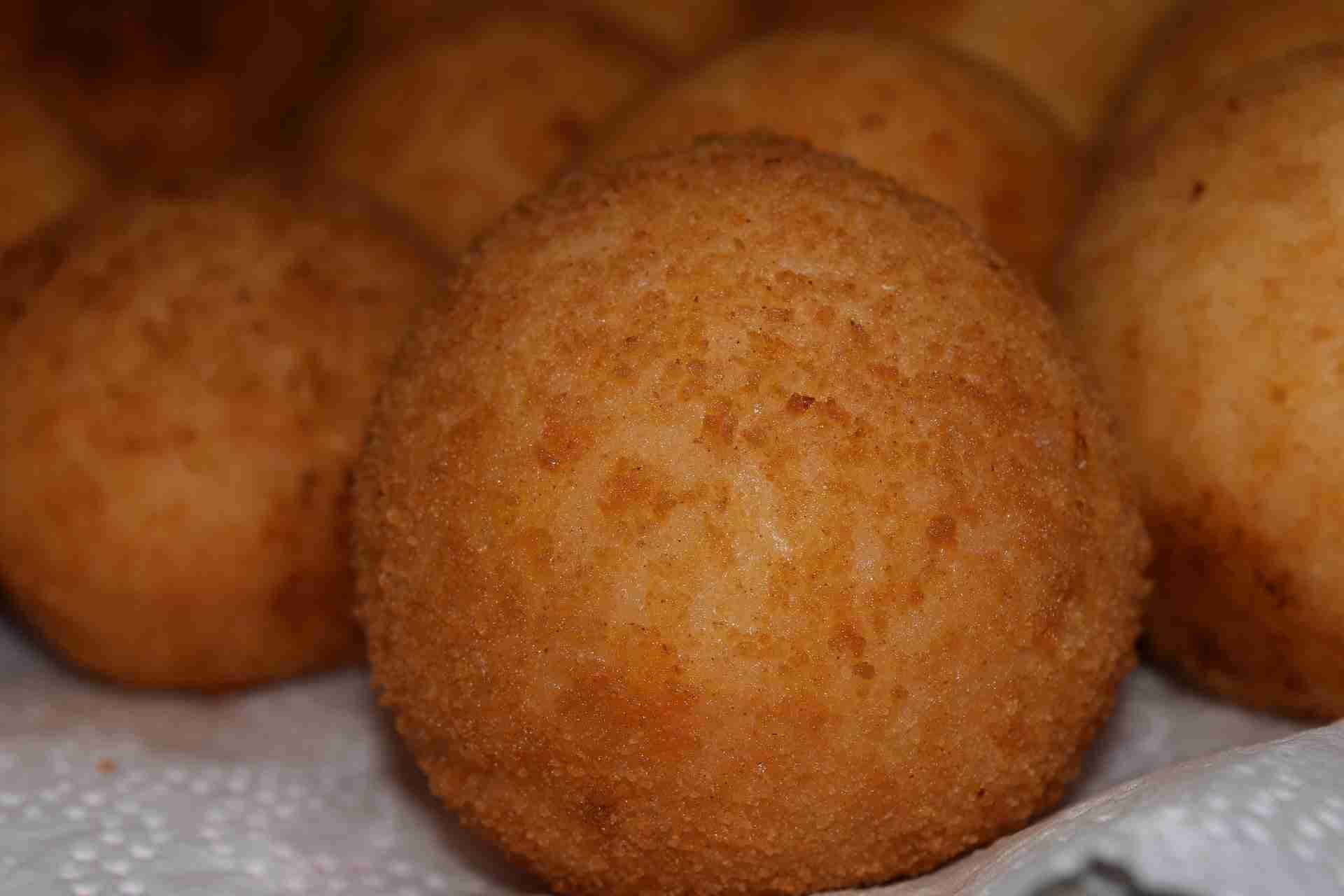 Is it called arancino or arancina? Answering this long-standing question is not easy and the gender of this Sicilian delicacy’s name, a delicious fried rice ball, splits the island in two: the western side, in fact, uses the feminine noun, arancina, while the masculine noun is used in the eastern side, therefore arancino.

The Crusca Academy, the most important research institution of the Italian language, has also tried to answer this dilemma: according to the Crusca, this flavourful rice ball owes its name to its resemblance with an orange tree fruit, therefore the orange (arancia in Italian, while the orange tree is arancio).

So, in conclusion, it seems that the correct form is the feminine, arancina, even though in reality the question is not completely resolved. The gender distinction between tree and fruit in standard Italian dates back to the second half of the 20th century, yet today among speakers, in many cases, the fruit is also indicated with the masculine form: subsequently, arancino could mean “small orange”, referring to the fruit instead of the tree.

The first literary and culinary mentions regarding this food date back to the 19th century, using the term “arancinu“; however, it was referred to sweets (thus also questioning the link with the Arab tradition we will talk about later).

On the other hand, the savoury dish is only mentioned in the second half of the 19th century.

Furthermore, the name may not refer to the citrus fruit but to its orange colour.

In conclusion, both feminine and masculine forms could be correct in Italian: in this article, we will conventionally use the masculine plural form by which this food is known all over the world, arancini.

It must be mentioned that, in addition to the name, the shape that this delicacy presents also changes: round in the western side of Sicily and conical in the eastern, in order to recall Mount Etna.

In short, whatever their shape or name gender is, one thing is certain: the arancini are delicious and able to win anyone over!

The history of arancini

Reconstructing the history of arancini is quite complicated: being a working-class product, there are not many proofs about its origins. Due to the use of saffron in the preparation of rice, their beginning could date back to the Arab domination times, between the 9th and 11th centuries. It was indeed in this period that the custom of eating saffron, herbs and meat seasoned rice was introduced in Sicily.

In reality, there is no actual evidence to confirm this: the first mentions regarding arancini speak of rice-based sweets, transformed into a savoury dish only at a later time, as the Crusca Academy also reports.

On the other hand, the use of breading probably started during the court of Frederick II of Swabia, as a method to better preserve rice-based food with its seasoning during hunts and travels.

We can also assume that thanks to their convenience, the arancini originally came up as a takeaway food even for those working in the countryside.

Today, arancini are definitely one of the most popular Sicilian street foods on the whole island; all the major cities claim authorship but establishing with absolute certainty where the arancini originated is almost impossible.

It is certainly indisputable that the goodness of arancini is also recognized outside Sicily.

Small fun fact: in the world of literature, a great lover of this dish is for sure Inspector Montalbano. The famous character created by the pen of Andrea Camilleri madly adores arancini, for which he uses the masculine name, so much that a collection of short stories starring the famous inspector is called “Gli arancini di Montalbano” (Montalbano’s croquettes).

Arancini for every taste: the different types

The most popular arancini are definitely those with meat sauce, peas and carrots filling, followed by variations with butter, mozzarella, ham and bechamel, and finally with spinach and mozzarella.

In fact, they are a very versatile delicacy in which we can add various ingredients. In the area of Catania, for example, the “Catania-style” or “alla Norma” variation, with aubergines, and the Bronte pistachios variation are very popular.

There are also other variations stuffed with ingredients like mushrooms, salmon, sausage, chicken, seafood, pesto, squid ink … a real range of choices for any kind of taste!

You can also enjoy some sweet variations where cocoa is used in the rice preparation, then the arancini are coated in sugar; you can also use gianduja cream filling (especially in the area around Palermo), chocolate or black cherries.

The arancini shape may also vary to make it easier to identify the various flavours.

A variation outside of Sicily can also be found in the fry shops of Campania, where the arancini are smaller and rounder, meat sauce seasoned and known as Pall’e riso (Rice balls).

How to make arancini

Ready to test yourself with the making of arancini? Here is the procedure to follow!

Firstly, boil the rice in plenty of salted water or broth until the liquid has been completely absorbed. Add saffron as well, which will give the rice a nice yellow hue. You can also use butter and Parmesan and stir everything in.

Allow the rice to cool, it is also fine to spread it on a marble surface in order to speed up the cooling process. In the meantime, you can prepare the filling, the one you like the most of all the existing arancini variations! The classic version is meant to be with meat sauce, so you can prepare the sauce and add peas to it.

Cut some caciocavallo cheese into small cubes. Make sure the rice has cooled completely and start assembling your arancini, by dividing rice into portions and placing the filling in the centre of each, in our case meat sauce and cheese cubes.

Seal carefully, giving the rice ball the typical arancini shape (round or conical). In order not to have any difficulties at this stage, remember to always wet your hands, so keep a bowl with water near you.

Once the arancini are shaped, proceed with breading. Prepare a smooth batter with water and flour: in fact, it is not necessary to use egg to bread the arancini, as well as to bind the mixture, since the natural rice starch acts as a binder.

When the batter is ready and seasoned with a pinch of salt, dip your arancini into it and make sure to coat all the sides carefully, then roll in the breadcrumbs.

In a saucepan, pour plenty of vegetable oil and place over heat. When the oil is very hot, deep fry one or more arancini, depending on the size of your pot. Please note that the oil must completely cover the arancini while frying. When they reach their typical golden-brown colour, drain and place them on a plate lined with paper towels to absorb excess oil.

You have now obtained very tasty arancini, to eat and share with whoever you wish!