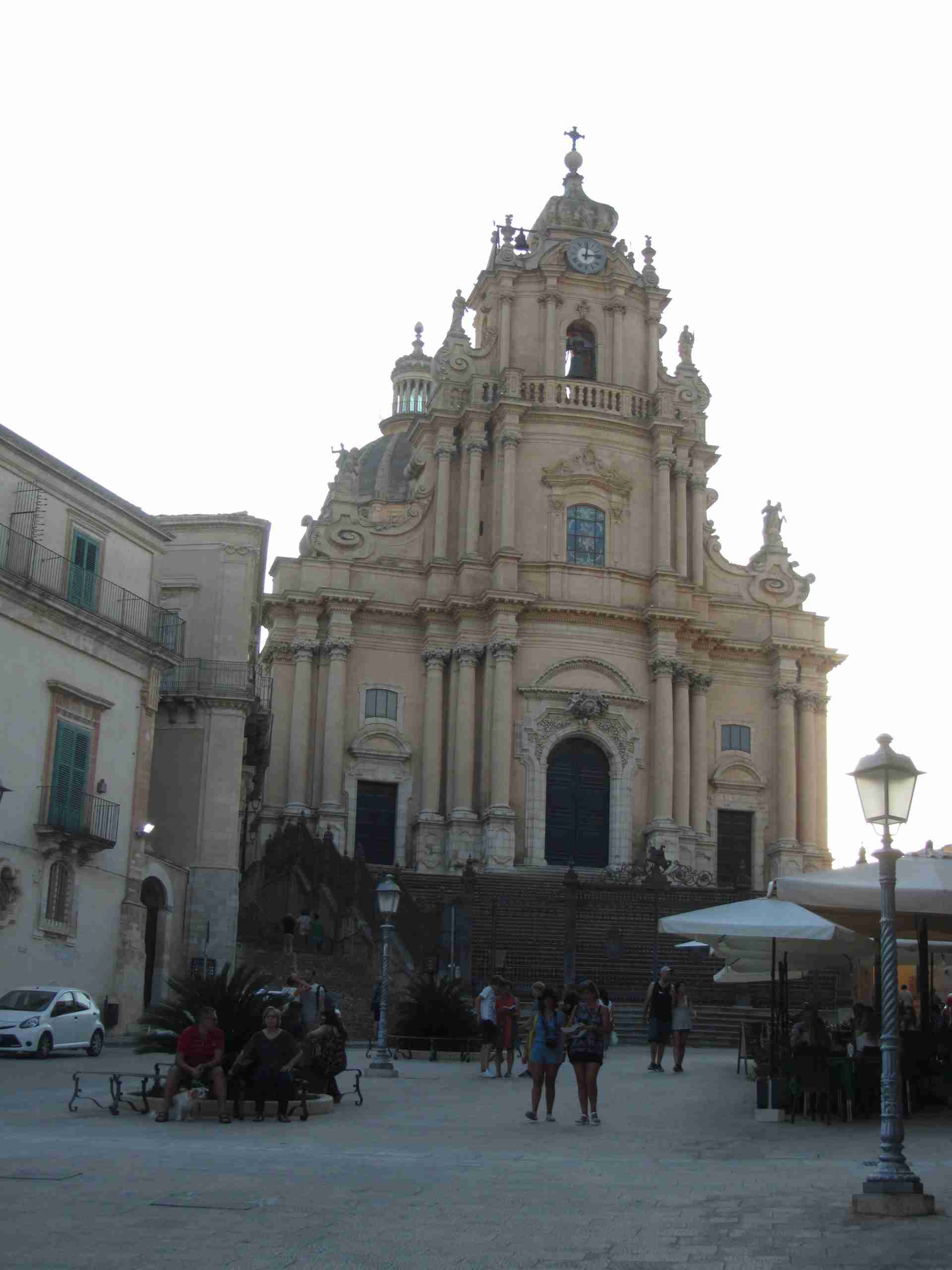 The magnificent Ragusa stands among the Hyblaean Mountains, in the south east of Sicily.

Third Sicilian municipality by extension, this city is also the southernmost provincial capital of Italy.

Highest expression of Sicilian Baroque in the heart of the famous Val di Noto, Ragusa is also known as the “city of bridges“, due to the presence of three famous bridges: the Ponte dei Cappuccini or Ponte Vecchio(Old Bridge), the Ponte Nuovo (New Bridge) and the Ponte Giovanni XXIII or Ponte San Vito.

It has to be noted that Ragusa was completely wiped off the map during the terrible earthquake in 1693, which devastated the entire territory of Val di Noto.

The city reconstruction determined the division of Ragusa into two parts: the most modern side is located on the Patro hill; the other one, Ragusa Ibla, is located exactly where the city stood before the earthquake and was modelled on the same traditional medieval layout.

The architectural masterpieces of the entire Val di Noto area, built after the earthquake, were recognized as a World Heritage Site by UNESCO in 2002.

It is therefore worthwhile to include Ragusa in the list of must-see destinations during a trip to Sicily.

Here is a list of some of the not-to-be-missed places in this beautiful city!

What to see in Ragusa

The pearl of late Baroque, Ragusa definitely deserves to be visited.

As previously mentioned, this Sicilian capital is divided into two parts. Upper Ragusa is the most modern side, built after the terrible earthquake of 1693 which caused numerous victims and extensive damage throughout the whole Val di Noto area. On the other hand, the other, actual historical side is known as Ragusa Ibla and rises right on the ruins of the ancient city, rebuilt after 1693.

Going along Corso XXV Aprile in Ragusa Ibla, you arrive in Piazza Duomo and face the first must-see monument in Ragusa: The Cathedral of St. George.

The cathedral is a true masterpiece of Baroque art and main place of worship in the city.

Designed by architect Rosario Gagliardi, this sacred place today stands in the place of the Church of St. Nicholas, which was completely destroyed during the earthquake of 1693.

The Cathedral has a Latin cross shape and the three internal naves are divided by stone pillars with Corinthian-style capitals. The stained glass windows from 1926 represent the martyrdom of the saint.

Some paintings kept inside the Cathedral are also very interesting.

The portal of St. George is the only architectural element that survived the terrible earthquake in 1693 and was part of the Church of St. George, which stood in a different place from that of the current Cathedral.

The portal was built in a Catalan-Gothic style and approximately dates back to the 13th century; built with soft limestone blocks, it is of a soft pink colour.

In the lunette above the architrave, you can see a high relief of St. George killing the dragon in front of the Queen of Berito, one of the most famous episodes of the martyr’s life.

The magnificent Hyblaean Garden is located in the heart of Ragusa Ibla. It is the oldest of four main gardens and a true corner of paradise within the city.

Located at about 385 meters altitude, the garden lies on a spur of rocks overlooking the Irminio river valley and offers magnificent views of both the Hyblaean Mountains and the valley itself.

Inside there are three churches: the Church of St. Dominic, built in 1569 and rebuilt after the earthquake, the Church of St. James, and the Church of the Capuchins, which preserves the Triptych representing the Assumption of the Virgin, Saint Agatha and Saint Agnes by Pietro Novelli.

Leaving the Garden, on the left you can admire the Portal of St. George, mentioned in the previous paragraph.

Located on the edge of the two city centres, the Church of Santa Maria delle Scale joins Upper Ragusa with Ragusa Ibla and is located at the top of over 300 steps. However, the effort is rewarded by a unique and breathtaking view!

According to a local belief, devoid of evidence, this church was built by Cistercian monks from the Abbey of S. Maria di Roccadia di Lentini, in the first half of the 13th century.

Still today, you can admire some Gothic elements typical of the city’s architectural style before the destruction caused by the earthquake.

On the inside, the church has three naves.

Cathedral of St. John the Baptist

The Cathedral of St. John the Baptist is located in Upper Ragusa.

Built in the new part of the city during the 18th century, after the earthquake of 1693 razed it to the ground, this Cathedral was built in a late Baroque style, as evidenced by the countless decorations placed both inside and outside the building.

About fifteen minutes away from the old town centre of Ragusa, you can admire the wonderful Donnafugata Castle.

Sumptuous noble residence, the castle owes its current appearance to the changes made from the mid-nineteenth century to the early 1900s.

It is definitely an impressive building: it occupies an area of ​​2.500 square meters, inside it has more than 120 rooms while it is surrounded by a large park on the outside.

The origin of the name is still uncertain: it seems to come from the Arabic “Ayn As Jafat”, meaning “source of health”, due to the existence of a water spring. It has been then transliterated into “Ronna fuata” in Sicilian.

On the other hand, another assumption links the name of the castle to the episode of the flight of Queen Bianca of Navarre, ruler of the Kingdom of Sicily. The woman had been imprisoned by Count Bernardo Cabrera; she later managed to break free, escaping from prison.

If you are a sea lover and enjoy spending your time on the beach, you cannot fail to include Marina di Ragusain your itinerary!

A fraction of the municipality of Ragusa, which is about twenty minutes away, Marina di Ragusa overlooks the Strait of Sicily.

It is definitely one of the most popular and beloved seaside resorts in South-Eastern Sicily: the crystal-clear sea, sandy and golden beaches, many shops and nightlife venues make Marina di Ragusa the ideal destination for those who dream of a holiday in the name of relaxation and leisure activities!

There are also many places near Ragusa deserving to be visited, such as Modica, Noto and Syracuse, just to name a few.

At this point, all that remains is to pack your bags and … have a good trip!