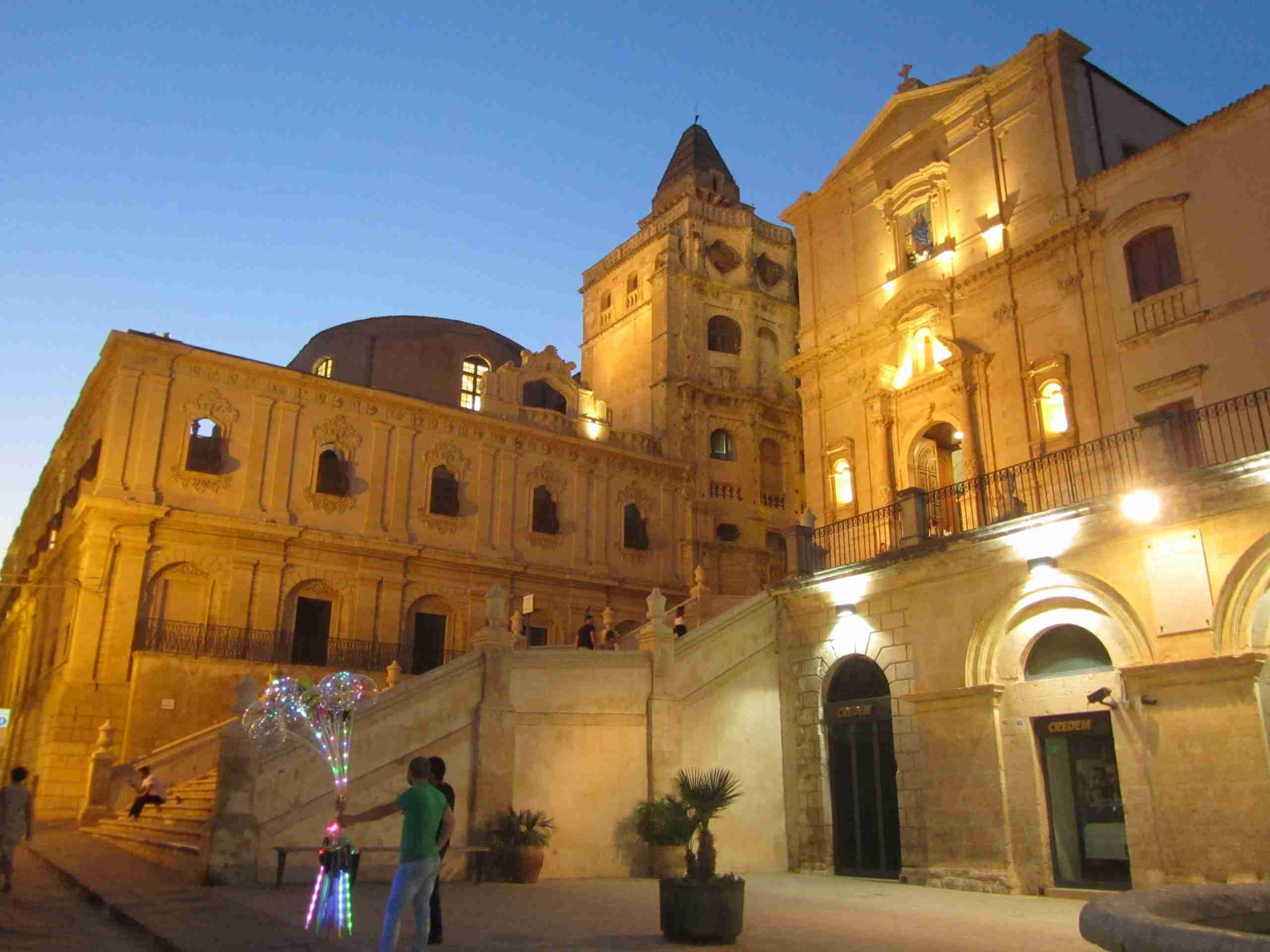 One of the most appreciated tourist destinations in eastern Sicily is certainly Noto, in the province of Syracuse, also known as the capital of Sicilian Baroque.

If you only have one day available to visit and explore this wonderful city, here is a guide that might come in handy.

Called “stone garden” for its peculiar beauty by the famous art critic Cesare Brandi, in 2002 the historic center of Noto was included in the list of World Heritage Sites by UNESCO.

The entire city was rebuilt in the early eighteenth century after its destruction by the disastrous earthquake of 1693, which shook the entire Val di Noto. The project involved important architects, various artists and prominent personalities of the time.

Also known as the “Capital of Baroque”, Noto is a real pearl to be explored.

A tour of Noto, what to see in one day

If you are visiting eastern Sicily, you cannot skip Noto and miss the opportunity to check it out. This city flaunts beauty at every turn, but if you only have one day to spare, here are a few tips for making the most of the capital of Sicilian Baroque.

Start your tour from the Porta Reale (Royal Gate), erected to pay homage to King Ferdinand II of Bourbon in 1838. It is the gateway to the city and depicts the coat of arms of Noto and of the noble family who financed the design of the Gate. Above, you can admire a tower, a pelican and a dog, symbols of strength, self-denial and loyalty.

From the Gate, you will access Corso Vittorio Emanuele, the heart of the city.

Not far away, there is Piazza Immacolata, on which rises a magnificent church dedicated to St. Francis.

Built between 1704 and 1745, the church of San Francesco all’Immacolata, with annexed the former convent of the Friars Minor Conventual, is among the most important religious buildings of Noto. The building is located on top of an impressive staircase with three ramps, the third of which was added after the lowering of the road level. On the striking facade, emerges a beautiful doorway, flanked by Baroque columns and three niches. Inside the church you can admire some important works of art.

To the left of the church stands the Monastery of the SS. Salvatore.

Along Corso Vittorio Emanuele, stands the Church of Santa Chiara, whose entrance is on Via Pier Capponi, again as a result of the lowering of the road level. Built between 1730 and 1758, it was annexed to the Monastery of Santa Chiara, today home to the Civic Museum. The church has a central elliptical plan and the architectural style that characterizes the interior is Baroque. Widely decorated with plasters and cherubs, the twelve pillars are adorned with statues of the apostles, made by architect Ernesto Basile. The exterior features a bell tower with corners embellished by two capitals.

Walking along, it is possible to visit the Cathedral of San Nicolò, a real landmark of the city. Located in the Town Hall Square, this Cathedral is dedicated to Saint Nicholas, Bishop of Myra. It is a monumental construction, located at the top of a four-flight staircase. The exterior is characterized by the mixture of Baroque and classical elements. The cathedral has undergone several collapses and renovations over time. The last inauguration took place in 2007. Following the collapse of 1996, many frescoes and decorations were lost.

Just a few steps from the Cathedral, in Piazza del Municipio, you can admire the majestic Ducezio Palace, seat of the current City Hall. It owes its name to Ducezio, mythical conductor of the Siculi and founder of Noto.

Built between the eighteenth and nineteenth centuries, the facade is characterized by several arches supported by columns with Ionic  capitals at the bottom and  rectangular windows at the top. Inside, the Hall of Mirrors is noteworthy. On the ceiling of the hall we find the fresco of the Foundation of Neas by the painter Antonio Mazza depicting the foundation of the city by Ducezio.

Not far away, there is Piazza XVI Maggio, dominated by the majestic structure of the Church of San Domenico, designed by architect Rosario Gagliardi. Maximum expression of the Baroque of Noto, this Church is characterized by a convex facade: the upper is Ionic while the lower part is Doric. The interior has an elongated Greek cross structure with five domes, embellished with plasters and side altars. The Church preserves many eighteenth-century paintings. Still in the Square, it is possible to admire the spectacular Fountain of Hercules, named after the famous mythological hero.

On the other side of the Church of San Domenico, stands the Municipal Theater Tina Di Lorenzo. This building of neoclassic inspiration dates back to the nineteenth century and is the main theater of Noto. It owes its name to actress Tina Di Lorenzo, who performed numerous times on this very stage.

In Nicolaci Street, in the center of Noto, there is the splendid Nicolaci Palace of the Princes of Villadorata. The facade is in Baroque style, characterized by a large portal with two big Ionic columns and is surmounted by a lovely balcony. Other balconies overlook each side and are supported by sculpted corbels of various shapes: children, lions, centaurs, winged horses, chimeras, sirens. The interior is divided into several rooms: many are richly decorated, such as the beautiful Salone delle Feste (ballroom). The first floor houses the municipal library. Some members of the Nicolaci family still live in the palace.

Via Corrado Nicolaci is also famous for the Infiorata, one of the most famous in Italy, organized every year on the third Sunday of May. The Thursday before you can assist to the preparation of the event: a real carpet of flowers that covers the entire street, with daisies, carnations, roses and other wild flowers!

On the occasion of the Infiorata, various events are also organized, open to tourists and citizens.

Many famous directors, charmed by the unique beauty of the city, have chosen Noto as the location of their film productions: an example is Storia di una capinera, directed by Franco Zeffirelli and inspired by the famous novel by Giovanni Verga.

What to see around Noto

This is a brief guide of the main monuments and attractions in the Baroque capital of Sicily; if you have more time to visit eastern Sicily, then there are many places near Noto to include in your travel itinerary!

The Vendicari Natureal Reserve, a true paradise on earth, and Marzamemi, a picturesque seaside village, as charming as it is fascinating, certainly deserve a special mention!