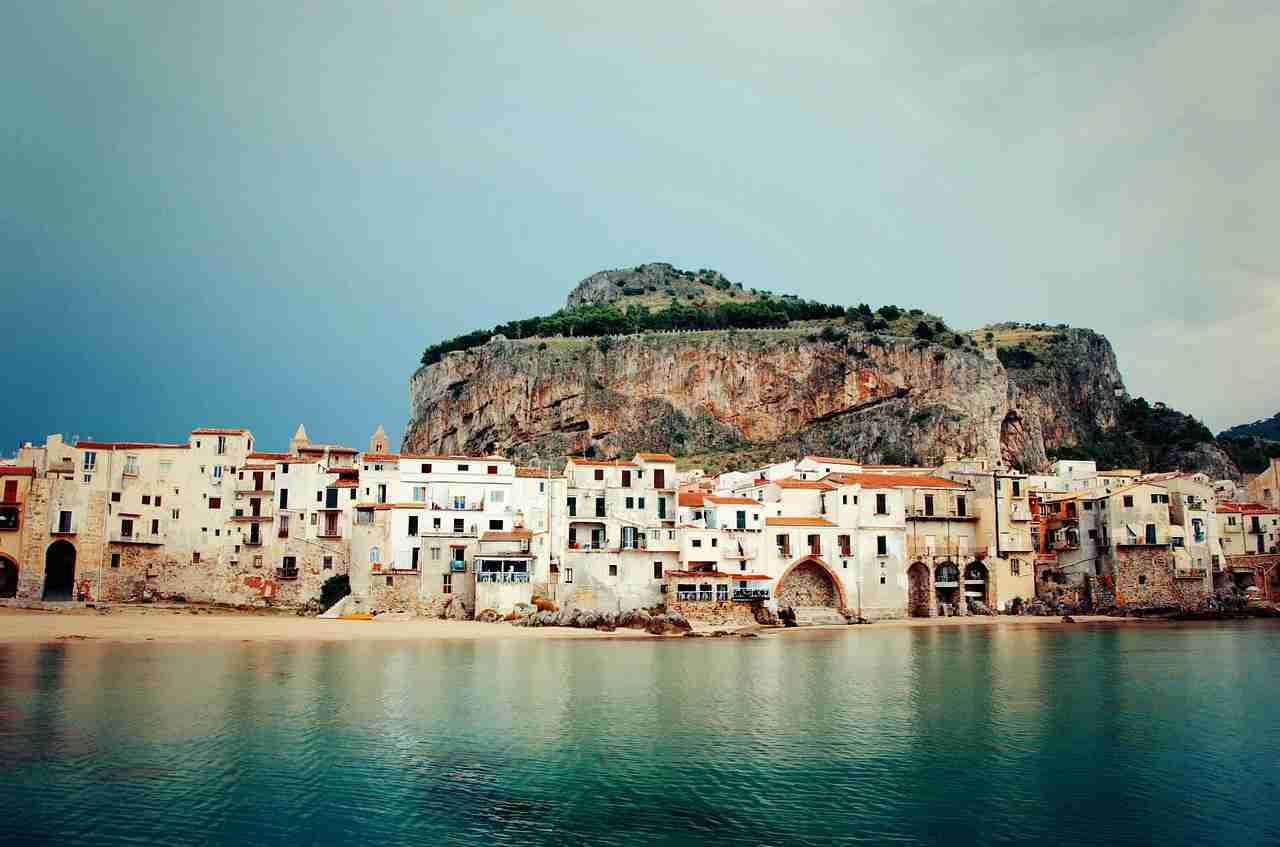 The island at the tip of Italy’s boot offers to many the idea of traditional Italy – quaint villages with regional cuisine, towns with wonderful sea views and centuries of history. There is no shortage of magnificent cathedrals, churches and ruins across the island. For the mafia movie buffs, wandering around Sicily will show you the sights of many of your favourite movies.

Depending on the season, you can hike up an active volcano, or ski down the volcanic slopes. Maybe visiting ancient Greek and Roman ruins is more of your kind of holiday. Foodie? Great, you’ll love everything that the local markets in Palermo, family restaurants and street food have to offer.

Perfect for any kind of trip – there are endless reasons you should visit. And here are our top 10 reasons why Sicily should be next on your travel list.

Visiting Sicily is like stepping back in time to old world Italy. While visiting you will notice the laid-back feel of the region, with many areas having local owned shops and restaurants.

With the island being surrounded by three seas; the Tyrrhenian, the Ionian, and the Mediterranean – there is an abundance of breathtaking beaches to pick from. There are resort style beaches that have sun lounger and umbrella rental options, and many stretches of shore are open to the public. Depending on the beach, the shore may be made up with white or golden sand or have a rocky coast.

Like many regions of Italy, Sicily has a huge wine country. Sicilian wineries are known for having their own table and dessert wines, along with varietals such as Chardonnay and Cabernet Sauvignon. Sicily may be best known for Marsala wine. If going for a wine tasting tour isn’t on your itinerary while you are there, be sure to taste the local wines on offer while out at for dinner or in a wine bar.

There are many Sicilian dishes that have been adopted worldwide as being traditional Italian food. French, Greek, Spanish and Middle Eastern influences can be found in Sicilian recipes, compared to dishes from the mainland. Arancine (fried rice balls) is a staple of Sicilian cuisine. Caponata – a fried aubergine (eggplant) dish, is stewed with vegetables, capers, olives, and pine nuts. Many of the dishes include the local seafood, such as Pasta con le Sarde (pasta with sardines) and Involtini di Pesce spade (baked swordfish rolls).

Sicily is the home of cannoli – a crunchy, fried shell, filled with fresh, slightly sweetened ricotta with the option for chopped pistachios, candied fruits, or chocolate added; it is a truly perfect dessert. Frutta Martorana is a Sicilian dessert where marzipan is shaped and coloured into miniature fruits or vegetables.

When going to Sicily, you wouldn’t think that you would be going to see some of the best-preserved Greek ruins. The ancient Greek theatre in Taormina has views of Mount Etna and the sea. The largest collection of Roman mosaics is preserved in Villa Romana del Casale at Piazza Armerina and includes the famous Coronation of the Winner mosaic.

Mount Etna is one of the most active volcanoes in the world and the highest in Europe. The volcano has four crater areas that tourists can hike to in the summer months, and is great for winter sports – with ski resorts on the northern and southern sides of Etna. If hiking or skiing isn’t your speed, there are donkey or horseback tours available as well!

The capital city of Sicily, Palermo is full of diverse cultural elements from markets to historic cathedrals. Ballarò and Capo are popular markets in the city – a must-see for foodies. The Palazzo dei Normanni houses the Palatine Chapel, which is said to be the most beautiful Byzantine chapel in Palermo.

Siracusa is a coastal city that is home to the Neapolis Archeological Park, which includes a Roman amphitheater, Greek theatre, and an old limestone quarry known as the Ear of Dionysius. The Riserva Naturale Orientata Cavagrande del Cassibile is a spectacular nature reserve perfect for swimming and picnicking.

Bar Vitelli in Savoca will be instantly recognizable to movie fans as the background to parts of The Godfather Part II. The wedding scene from the movie was also shot with in front of Chiesa di Santa Lucia, with the wedding party then making their way through the town. Even if you are not a movie fan, the beauty of Savoca will charm you.