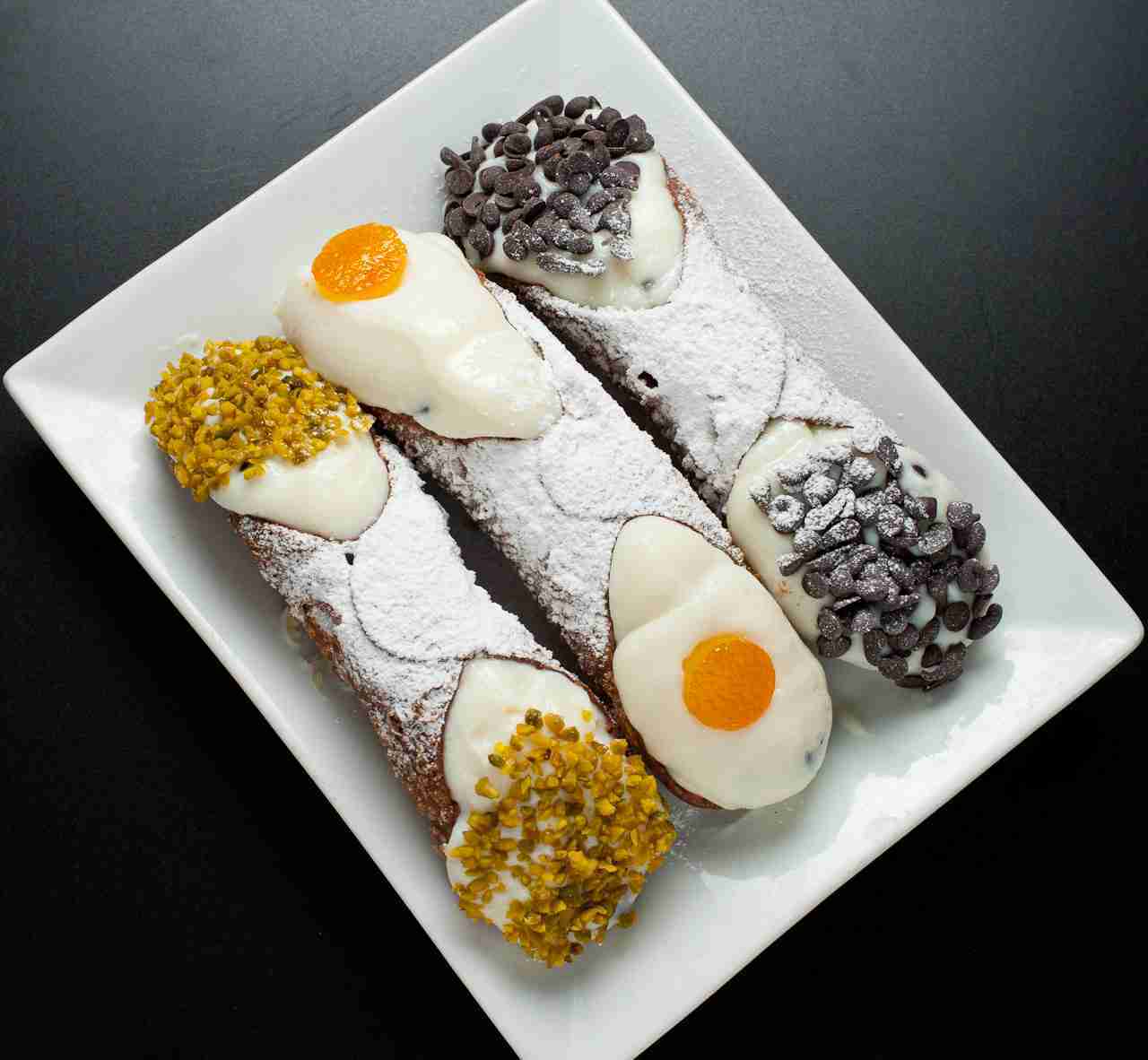 Together with Cassata, Cannoli are the most loved and most popular Sicilian dessert.

A recipe rich in taste, a simple yet challenging preparation, where the quality of its ingredients make the difference between a good cannolo and a GREAT cannolo.

The preparation of the shell can vary: there are Sicilians who use cocoa powder, some who use cinnamon, some who do not use any flavoring and some others who replace lard with butter or Marsala wine with red wine.

Anyway, the main ingredient is ricotta cheese, widely used in Sicilian pastry – remember that it must be made of sheep’s milk, which has a more intense and typical taste.

The Origins of Sicilian Cannoli

These small jewels of pastry art have very ancient origins, reaching the period of Arab domination in Sicily (from 827 to 1091). They were invented by some Muslim women in the harem of Pietrarossa Castle in Caltanissetta, and handed down during the Norman period to a monastery in the same area, where the nuns included them in Carnival’s list of typical fried sweets. Their name is given by the river reeds used in the past during preparation.

Locals know Cannoli are the must-have dessert during the holidays or on Sunday dinner. On the other end, anyone going to visit Sicily can’t miss the chance of tasting these homemade delicacies in a bakery.

But for those who want to try their hand at making cannoli at home, here is a recipe that will meet your highest expectations.

The evening before making your cannoli, put the ricotta in a strainer suspended over a bowl and allow it to drain its water. Keep it in the fridge overnight until it reaches a dry and compact stage

Complete by decorating cannoli according to your personal taste: you can use candied cherries or orange peel as in the Palermo area, chopped pistachios as in eastern Sicily, and finally dust with powdered sugar and a ground cinnamon.

You can now enjoy you homemade Cannoli and store them in the fridge, preferably for no longer than 24 hours. After this time, the stuffed shells will tend to soften, so it is also advisable to fill the shells right before serving.