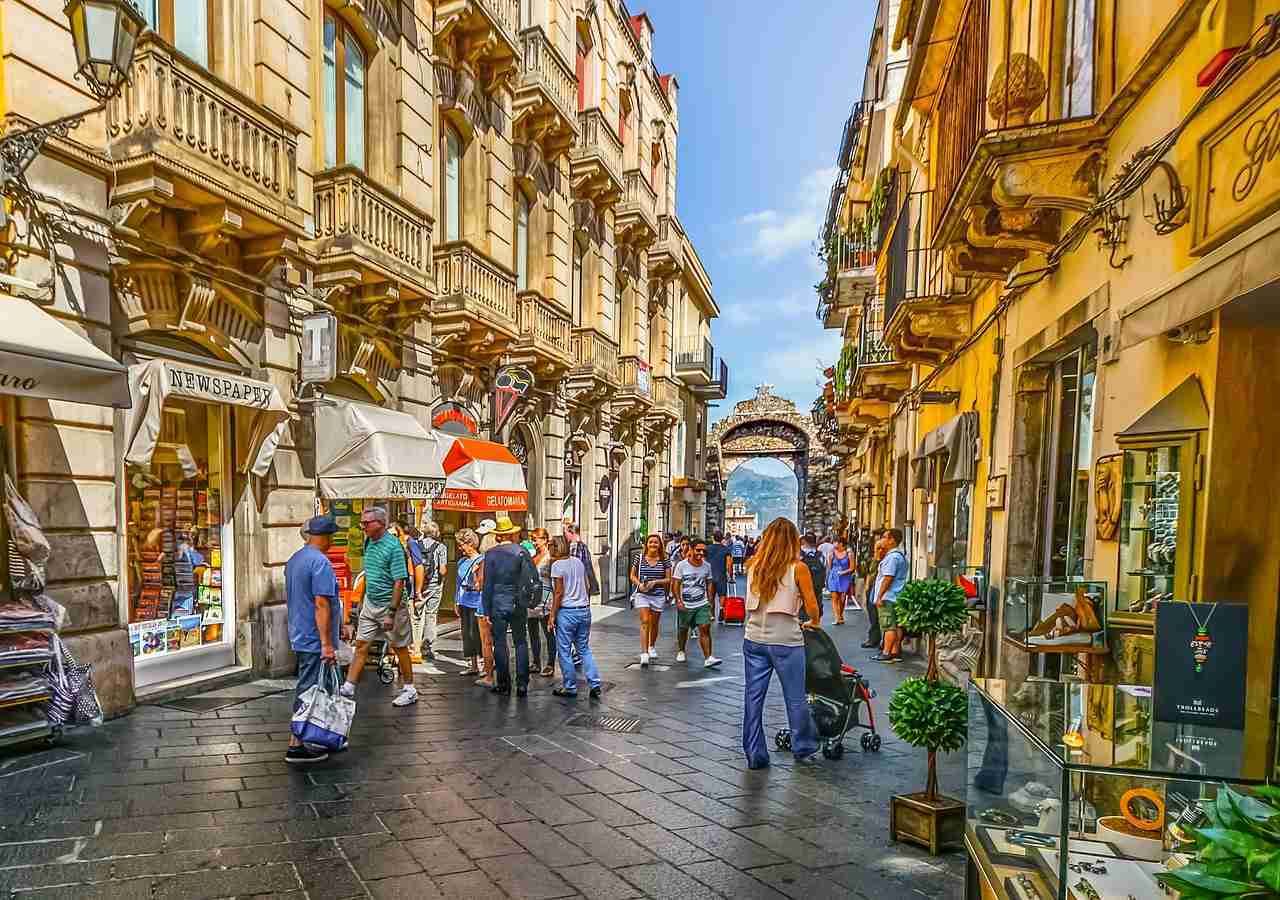 Sicily may be known as an exporter of citrus fruits and of course the starting place of the Mafia as we know it. From movie stars to legendary singers, football players and fashion stars, Sicily is the birthplace and ancestral home of more celebrities that you would think!

Italian–American crooner, Frank Sinatra, has his roots in Sicily, while Domenico Dolce (of Dolce & Gabbana) and footballer Mario Balotelli call the island home.

Then, there’s a fair share of Hollywood legends that call Sicily home too – like Maria Grazia Cucinotta and Frank Capra.

One half of the fashion powerhouse, Dolce & Gabbana, Domenico Dolce is one of the most influential names in fashion.

Born in Polizzi Generosa, Dolce’s family was heavily involved in the fashion industry. His mother sold fabrics, and his father was a tailor.

Dolce moved to Milan to go to college for fashion, but did not complete his degree. Dolce met his future business partner in Milan, and in 1985, Dolce and Gabbana was launched.

Domenico Dolce is in the top 30 richest people in Italy.

Mario Balotelli is a professional soccer player who plays on the Italian national team (well… sometimes).

Balotelli was born in Palermo, to Ghanaian immigrants. Mario was first fostered by the Balotellis when he was 5 and he adopted their last name after being permanently fostered by them.

He officially became an Italian citizen on his 18th birthday.

At 15, Balotelli began his football career with club teams, before moving up the ranks to the big leagues, and eventually joined the Italian national team in 2010.

Capra’s family moved to Los Angeles when he was five, making the 13-day boat journey. Capra went to the California Institute of Technology after graduating high school, and earned a degree in chemical engineering.

After a stint in the army, Capra began working in the film industry in 1918. He directed his first sound picture in 1929, during this time he also worked as a writer and cameraman, and due to his chemical engineering degree he was able to adapt quicker to the technology changes than other directors.

After the war, Capra founded Liberty Films with other directors. It’s A Wonderful Life made it’s film debut in 1946, and is Capra’s best known film, even though it was not wildly popular with audiences at it’s opening. The film has become a staple Christmas time movie, and the American Film Institute named it as 11th out of the 100 best films ever made.

Frank Capra made his last movie in 1964, and lived out the rest of his life in California.

She is best known internationally for her role as the Bond Girl in the James Bond movie, The World is Not Enough. Maria also stared in the Academy Award nominated film Il Postino (The Postman).

While Frank Sinatra was born in New Jersey, he represents the idea of Italian culture in America. Born to Italian immigrants, Sinatra’s father had immigrated to the US from Sicily.

Sinatra is one of the best selling music artists of all time, along with being an Academy Award winner for his roles in film.

The singer was part of the Rat Pack and residencies in Las Vegas were highlights of his career. Songs like ‘Come Fly With Me’, ‘My Way’, and ‘New York, New York’ are amongst Sinatra’s best known tunes, along with being widely used in film and television.