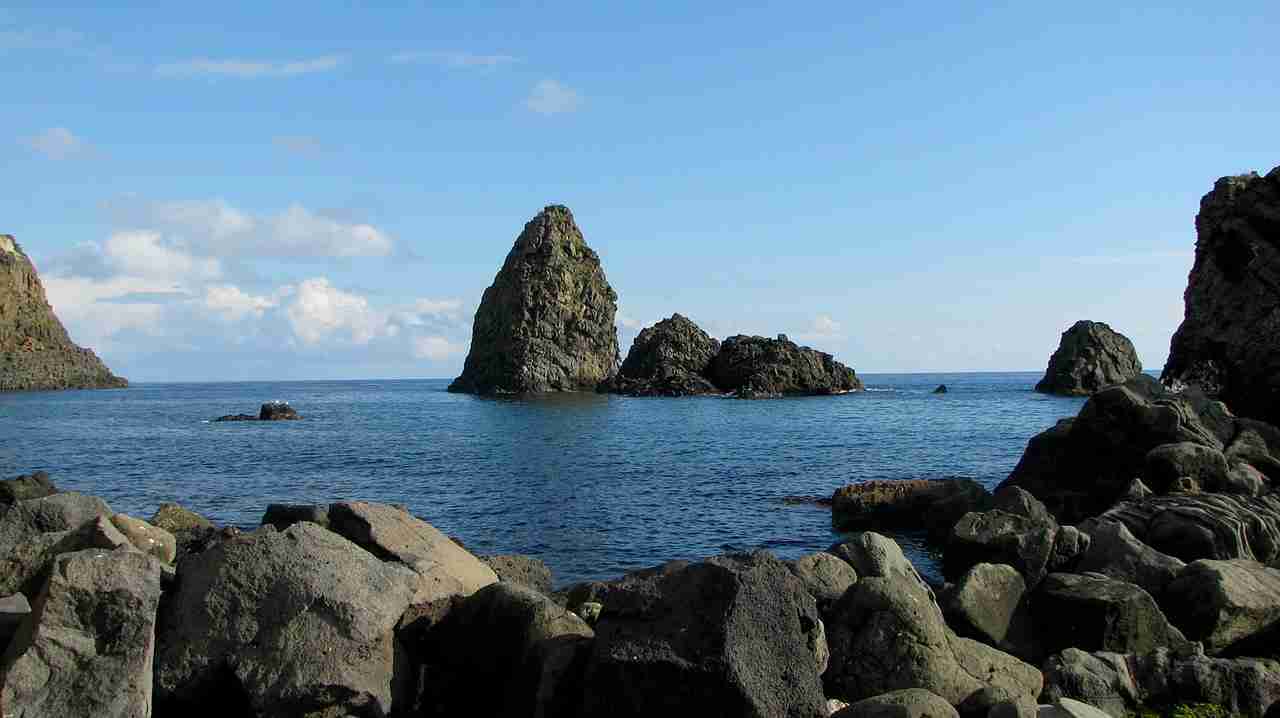 A fascinating and mysterious land, Sicily has also been the setting of numerous myths and legends over the centuries, many of which are still passed down today.

Being the crossroads of different populations and cultures, this region has inherited an immense mythological heritage from each domination it experienced.

From this point of view, the most important contribution was undoubtedly left by the Greeks, even though there is no lack of stories left by other populations who later conquered Sicily.

Here are some of the most evocative tales set in this magic land: enjoy the read!

The story of Princess Sicily

Sicily was a beautiful princess originating from Lebanon. One day, an oracle predicted that she would die at 15, killed by the monster Greco Levante, if she didn’t leave her homeland.

For this reason, when she turned fifteen, her parents convinced her to leave on a boat. The journey was long and difficult and at that point the princess was desperate, when providential winds got her ashore to an island with a fertile land, full of fruits but completely uninhabited. The princess then began to cry: she was tired of loneliness.

Suddenly, a young man appeared. He was the only survivor of a terrible plague that killed the rest of the population.

As the gods desired, the two fell in love and the island took its name from the woman who had brought life back to it, since its new inhabitants were born from the two lovers’ union.

Enceladus, the Giant trapped under Sicily

This myth has its roots in Greek culture. Enceladus was one of the Giants, son of Gaea and Uranus, the Earth and the Sky, and together with his brothers, he took part in the so-called Gigantomachy, the legendary battle against the gods of Olympus, led by Zeus.

During the fight, Enceladus tried to escape but Athena reached him and managed to defeat him. To prevent him from escaping again, the goddess buried him by throwing the whole of Sicily on him.

The Giant is still trapped under the island, from which he cannot escape: the volcanic activity of Etnaoriginates from his fiery and angry breath; his movements, in a vain attempt to free himself, cause the earthquakes that shake the whole island.

Arethusa, the Nymph transformed into a spring in Ortygia

In Syracuse, more precisely in Ortygia, there is the so-called Arethusa Fountain, a wonderful reflecting pool and scene of one of the most evocative myths set in Sicily.

Arethusa was one of the nymphs in the retinue of Artemis, goddess of the hunt and chastity. One of the many versions of the story has it that one day, tired and overheated from a long run in the woods, the nymph decided to take a bath in a stream of water, until the divinity of the river, Alpheus, son of the Titan Oceanus, came out.

In fact, Alpheus was very impressed by Arethusa’s beauty and madly fell in love with her. The nymph, however, began to run away trying to escape from the god, who kept pursuing her.

Exhausted, Arethusa eventually called out for Artemis’ help. The goddess wrapped the nymph in a cloud and transported her to Syracuse, where she then transformed her into a fresh water spring.

Yet Alpheus could not resign himself to the idea of ​​having lost his beloved one forever and begged his father and the gods to help him. Thus, he was transformed into a river and, flowing from Greece under the Ionian Sea, managed to reunite with the waters of his Arethusa.

Scylla and Charybdis, the monsters of the Strait of Messina

According to Greek mythology, there were two terrible monsters in the Strait of Messina, between Calabria and Sicily: Scylla and Charybdis, representing a real nightmare for sailors.

Scylla, daughter of the sea god Phorcus, was a nymph as beautiful as proud. According to one version of the myth, a sea god, Glaucus, fell madly in love with her.

As his feelings were not returned, Glaucus then turned to the sorceress Circe, who was secretly in love with the sea god, and so jealous that she transformed Scylla into a hideous monster.

Desperate for her appearance, the nymph decided to hide under the sea and vent her anger on unsuspecting sailors.

Charybdis was located in the same stretch of sea along with Scylla, being identified with a frightening vortex capable of swallowing up sailors. According to the myth, Charybdis was initially a naiad, a freshwater nymph resorting to theft and famous for her voracity.

One day, taken by her insatiability, she stole oxen from Heracles and devoured them. Zeus then punished her by striking her with his thunderbolts and hurled her into the sea, where she was transformed into a terrible monster, capable of swallowing huge amounts of water and belch it back out, thus creating the dangerous whirlpools that often caused shipwrecks.

Scylla and Charybdis, the two terrifying guardians of the Strait of Messina, were also mentioned by Homer, in the twelfth book of the Odyssey, and by Virgil in his Aeneid.

The Cyclopean Isles and Polyphemus in love

Acitrezza is a characteristic village in the province of Catania, also famous for its sea stacks, widely known as the “Cyclopean Isles“. In fact, after being blinded by Odysseus, the Cyclops Polyphemus, in the grip of anger, threw huge boulders at the hero from Ithaca, trying to hit him while he escaped. Those boulders formed the islets that can still be admired today.

Another legend has also been passed down, starring the Cyclops Polyphemus once again.

Aci, son of Faun, was a shepherd who one day fell madly in love with the nymph Galatea. His love was returned but also Polyphemus, who lived with all his brothers inside Etna, madly longed for the nymph’s company. Galatea, on the other hand, mocked the Cyclops so much that the latter, in the grip of anger and jealousy, crushed the poor shepherd with a large stone.

According to one of the many versions of the myth, the gods were so moved to pity by Galatea’s pain, that they decided to transform Aci into a river that springs from Etna and flows into that stretch of beach where the two lovers used to meet. This troubled love story was also told by Ovid in his Metamorphoses.

That of Colapesce is one of the most famous Sicilian legends and has many variations. According to the Messina version, the protagonist of this story is Nicola, or Cola from Messina, the son of a fisherman. Cola loved the sea and was nicknamed Colapesce for his great diving skills.

His fame reached King Frederick II of Swabia, who decided to test the young man’s skill. The king threw a goblet into the sea and ordered Colapesce to get it back: the boy succeeded with no issue.

Then, Frederick II of Swabia threw his crown into the water but this too was recovered without too much effort by the boy. Finally, the king threw out a very small piece of jewellery, a ring. Cola dived into the sea but could no longer surface. According to some, the boy died by drowning; for others, however, Cola found out that the island was supported by three columns while swimming deeper, one of which was about to break.

So, in order not to let his beloved land sink, the boy decided to stay there in the abyss, to sustain the whole of Sicily.

This legend was also reported and adapted by the famous writer Italo Calvino, in his collection of Italian Tales.