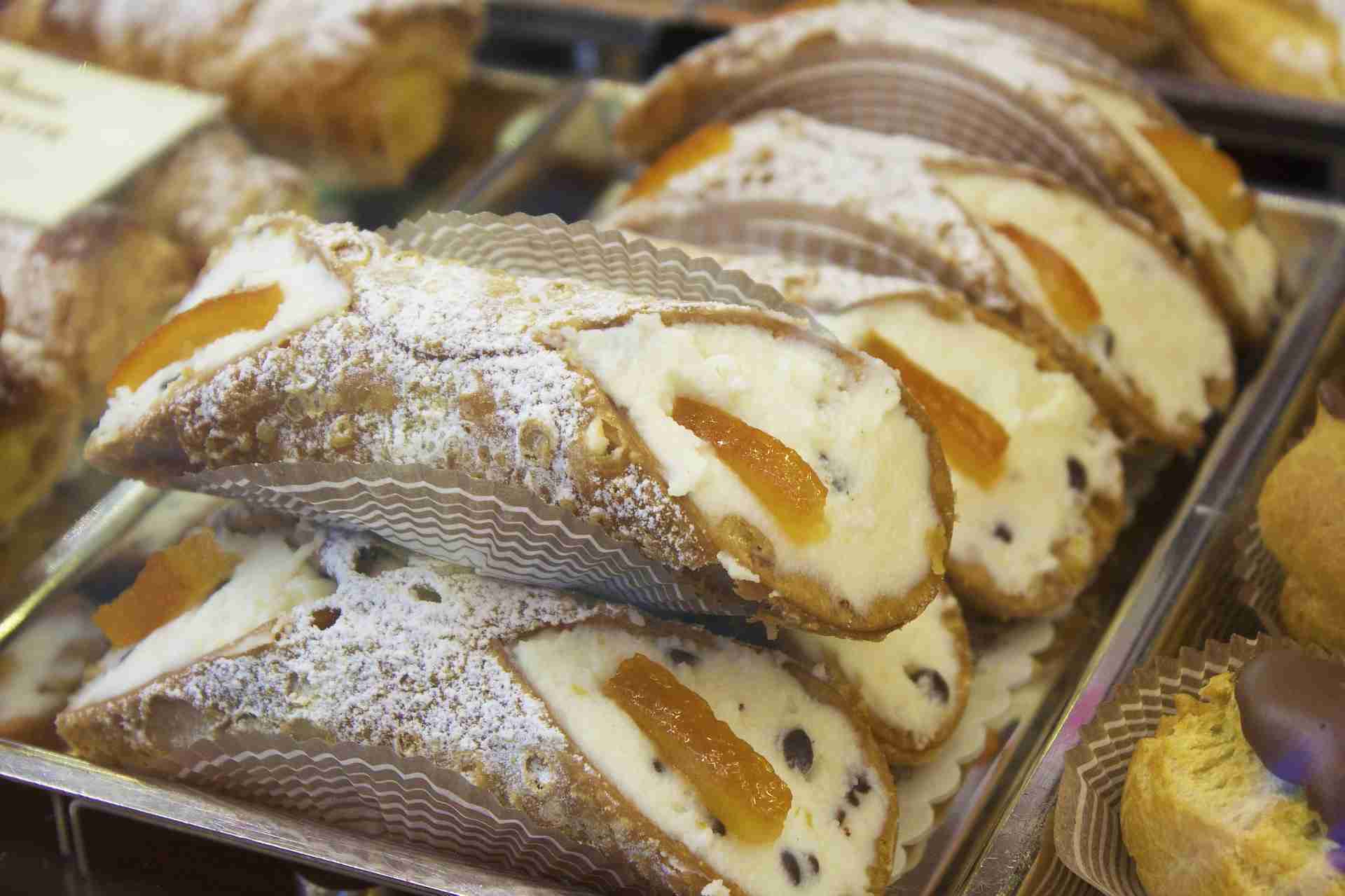 Starting to feel hungry while wandering around in Palermo? Great!

Other than for its beauties, the Sicilian capital is indeed famous all over the world for its street food as well.

Here are some of the dishes you must give a try while walking through the streets of Palermo and falling in love with its treasures!

Undoubtedly one of the best-known delicacies in the whole of Sicily. Fried, hot and steaming, fragrant, with lots of saffron rice and a heart of meat sauce and peas, just to mention the classic recipe: the arancini can really drive anyone crazy.

Please note: while in Palermo, be careful not to get their name wrong and use the masculine noun! Feminine is strictly used here to call them, arancine, and compared to the typically cone shaped arancini you can find and taste in eastern Sicily, here they are round. Also, in Palermo it is customary to consume a lot of sweet, chocolate based arancine as well.

Another typical product of Palermo street food is the pani ca meusa, literally meaning “sandwich with spleen”, which is prepared on the spot.

This sandwich consists of a soft sesame bun filled with veal spleen and lung. The meat is firstly boiled, then cut into thin strips and browned over low heat in lard. Everything is cooked by the meusaru – street vendors as they are called locally and especially for this dish – in a tilting copper pot and using a two-pronged fork to grab the meat.

At this point, the sandwich will be assembled and can even be enriched with caciocavallo or ricotta cheese: in this case, it is called maritatu (married), as it is combined with another ingredient. Otherwise, according to the customer’s taste, it is served schettu (plain), perhaps topped with just a squeeze of lemon and a pinch of pepper.

Panelle are delicious chickpea flour fritter, flavoured with parsley and pepper, and are a classic example of snack eaten in Palermo.

They are usually prepared by whisking chickpea flour and water together and letting the mixture thicken over low heat, paying attention to avoid lumps, until it reaches a very creamy consistency. Subsequently, it is spread on a surface, allowed to cool and cut into pieces, then fried in abundant boiling oil. Once cooked, the panelle are served in a soft sesame bread roll, another typical product of Sicilian food shops.

The panelle are very often served together with crocchè as well, otherwise known as cazzilli. Crocchè are very tasty, fried potato croquettes seasoned with plenty of parsley, soft and crispy at the same time, coming in a slightly elongated shape.

It is one of the most renowned goodies of Palermo street food, a real delicacy that can win anyone over!

Sfincione is a soft focaccia, very thick and intensely flavoured. It is, in fact, usually seasoned with tomato sauce and oregano, breadcrumbs, onions, anchovies and small caciocavallo pieces.

You can find different variations throughout Sicily but certainly Palermo’s recipe is one of the most famous and well-known. You can enjoy the sfincione whenever you want, buying it in the various rotisseries, pizza shops, bakeries or even in the numerous food carts you meet on the street: for lunch, dinner, as a mid-morning or late evening snack, this delicacy is good for any occasion!

Beef offal is used to prepare the frittola, so as not to waste anything from the butchered animal. Fat, gristle, pieces of meat are first boiled and then sizzled in lard, seasoned with bay leaves, pepper and sometimes even saffron.

The frittola then is kept warm inside a wicker basket, ready to be served to hungry customers. On the moment of sale, the frittularu usually serves it inside a paper cone, otherwise it can also be served in a sandwich.

Another typical product of Palermo and Sicilian street food in general, the stigghiola is prepared with lamb, veal or young goat intestines and entrails.

Firstly, the guts are washed in water and salt, flavoured with parsley, skewered or rolled around a spring onion and then roasted on the grill. The smell released while cooking is very inviting and typical, capable to attract and entice everyone to a taste!

Some of the typical desserts of Palermo

If you have a sweet tooth, Palermo will definitely not disappoint you! The Sicilian capital can really satisfy anyone!

The king of Palermitan and Sicilian pastry shops in general, is obviously the cannolo. A delicious and crunchy fried waffle with a creamy sheep’s milk ricotta filling, enriched with candied fruit, chocolate, chopped pistachios… in short, a true dainty to which no description could fully do justice!

Another typical Palermitan dessert is the Iris, a fried leavened dough filled with ricotta cream, chocolate and sugar. It owes its name to the homonymous opera: in 1901, Palermo’s pastry chef Antonio Lo Verso prepared this dessert for the premiere of Pietro Mascagni’s opera, “Iris” . This delicacy was very successful, so much so that today it has spread throughout the island, albeit with some modifications.

If you are still not satisfied, you can also try the cassata, another very famous dessert: an authentic triumph of sweetness!

Martorana fruit will also draw your attention with its colours, embellishing the windows of every pastry shop in Palermo. Martorana fruit was invented by the nuns of the Church of Santa Maria dell’Ammiraglio, also known as “della Martorana”: according to tradition, the nuns prepared it to decorate the trees of the convent’s garden during the visit of the Pope of that time.

Worth mentioning is also the Sfincia di San Giuseppe, a sweet, irregularly shaped, fried pastry prepared for, but not limited to, St Joseph Day – or Father’s Day – in March, as the name suggests.

These are just a few of the delicacies you can find in Palermo: the advice is to let your appetite guide you, to experience and get to know the Sicilian capital even through its unmistakable and scrumptious flavours!