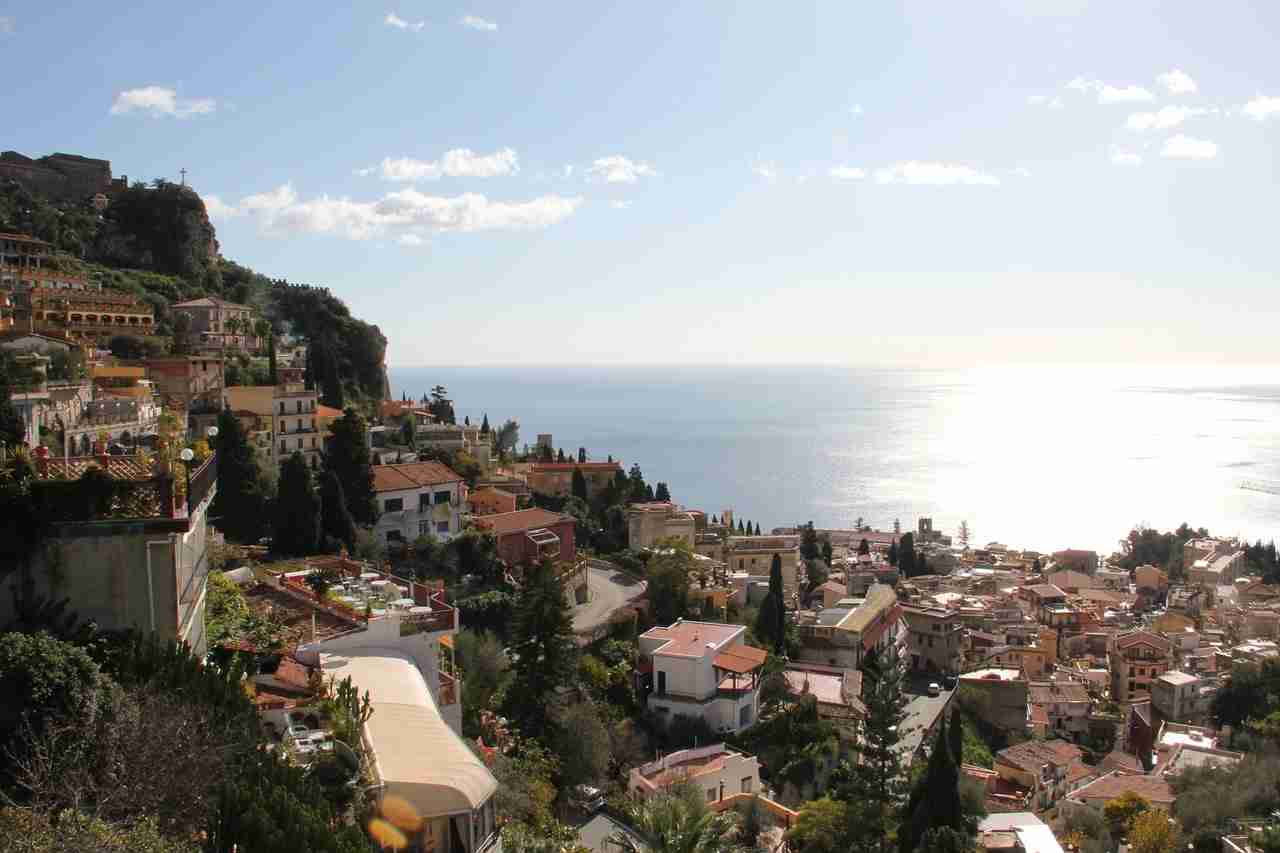 You’ve grown up watching American Mafia movies. You probably heard Sicily is full of lemon and orange trees. You possibly recall Sicily is an island (a big one) because it’s been 100 years they’ve tried to build a suspended bridge.

You’re probably aware there are not many jobs down here, and young adult’s unemployment is up the roof. 1 in 3 go to university elsewhere, and hundreds of thousands of Sicilians work in the North Italy or abroad to earn a living.

Right, this is all stuff you already knew… so here’s the deal. What about we talk about 10 things you might not know? I have a feeling, no matter your love for Sicily, you’re really gonna enjoy the read!

1. Sicily Was Colonized at Least 9 Times

Sicily has a complex origin. And trust me, you can see these different influences still today. Wherever you go for a drive, you might spot a Roman arena, a Greek temple, a Muslim dome and a Spanish church within a 10 mile range…

In a nutshell, Sicily was colonized by:

2. Sicily is the Biggest Mediterranean Island

Besides, after Great Britain and Ireland, Sicily is also the third most populated European island, with 5 million people. Sicily is, of course, the biggest Italian region.

To have an idea, Sicily is almost as big as Belgium, it’s more than half Switzerland and has over 1000km coastline, together with a staggering number of minor islands: Eolie (e.g. Lipari), Egadi (e.g. Favignana), Pelagie (e.g. Lampedusa), Ustica, Pantelleria.

Needless to say, don’t go visit any of these islands in July and August (too many people) or between October and April (too few people).

1282 AD – that’s when the “trinacria” (“star with three points” in Latin, given the triangular shape of the island), the red and the yellow backgrounds went to form the Sicilian flag, still used today.

The three points are the three capes of Sicily: Peloro (North-East), Passero (South), and Lilibeo (West) – then, there is evident reference to wheat, of which Sicily is a top producer (ever wondered why pasta tastes so good?).

4. Sicily Hosts 2 of The Most Active European Volcanoes

And trust me, they’re both a must-see.

The first you should visit is “Stromboli”, which also gives the name to the Aeolian island. It’s an explosive type of eruption and a spectacular hiking tour can make you fall in love with… fireworks. You have to be lucky and pick a clear day though, as clouds get often stuck up there at 1000m of altitude.

The most famous of the two is mount Etna, also the highest volcano in Europe (3,329 m above sea level) and the one that constantly erupts… In this case there is lava, lots of it. Etna is also covered in snow, and of course you wouldn’t want to miss a ski session this winter 😀

5. Sicilian Ice-Cream Must Be Eaten in a Sandwich!

I’m Italian, and I think Sicilian artisan ice-cream is by far the greatest. Be it the average temperature, be it someone claims ice-cream was born here, be it almost all ice-cream shops sell homemade produce, you must taste some.

Next time, try out the Pistachio flavor… tooooooooo gooooood!

Besides, never ever order the usual, boring, ice-cream cone. That’s wrong! Go for a “brioche” i.e. the “ice-cream sandwich”. You won’t regret eating ice-cream in this original way.

What is more, you’ll probably start hating any other way of eating ice-cream…

What I mean is – you can go visit the amazing Greek Theatres of Taormina, Siracusa, Segesta and possibly attend a live, outdoor, non-touristy Greek play!

That’s right – usually between May and September, you can book yourself to nice sightseeing AND amazing live Greek theater experience.

It will all be in Italian language, but if you study the play beforehand you can get the idea. Surely, there is no better experience than this to remember something that used to happen 28 centuries ago…

7. Sicilian Cous Cous is the Best

Wait, what? Didn’t you have to go to Northern Africa to taste great cous cous…?

Well, this widely popular dish can actually be enjoyed right here in Sicily – with the difference being Sicilians know their cooking alright!

In Trapani, Erice, Marsala and the north-western area of the island you can taste one of the best “fish cous cous”. Forget about vegetables or meat-based cous cous, the fish one is the real deal!

Besides, at the end of September the touristy town of San Vito lo Capo holds the “Cous Cous Fest”, where you can taste traditional and not-so-traditional cous cous from the best Sicilian restaurants and chefs.